TIM LEE : Transforming the way we pay from China to HK and the world

For Tim Lee, founder and CEO of QFPay, his voyage of discovery in technology was inspired by pioneering giants of their time—Charles Kao and his innovation in optical fiber, and Bill Gates who instilled a belief in him to go out and change the world.

The modern-day pioneer responsible for helping make mobile payments as easy as swiping your credit card jokes that, “the first website I surfed was Yahoo in 1994, two to three months earlier than Jack Ma.” Ironic that almost 20 years later Lee’s innovation in payment terminals was a key enabler in making AliPay, WeChat Pay and other mainland mobile payments as widely accepted as they are today.

Lee and his team created the world’s first Bluetooth-enabled point-of-sale terminals that allowed e-payments to be taken from mobile devices via QR codes. Today QFPay is operating in 16 countries and is the largest global partner of WeChat Pay and Alipay – who boast 900 million and over one billion active users respectively.

Discovered that 99% of Chinese companies at the time did not accept payment other than cash. In 2011, QFPay was born. Within three years, their innovation had spread all over China.

While QFPay started in Beijing and established its base and early success in China, Hong Kong is now the company’s headquarters and is one of the company’s largest and most successful markets with over 100 brands in its network. The Hong Kong success was sparked by a 15-minute conversation between Lee and Coils Lam, the founder of Hong Kong retail chain 759 Store. Soon QFPay had its first Hong Kong client, helping them launch the retailer’s first cross-border operation in 2016.

This experience highlighted the huge potential with cross-border commerce. Lee himself never imagined Hong Kong to be such an important market before, but times are changing in Hong Kong with growing demand for mobile payments. “While Hong Kong remains a small market overall, however if we talk about developing fintech in the GBA, China, to Southeast Asia and the whole world – then Hong Kong is a good place,” Lee noted.

“The best chance here is to help Chinese companies go to the world, because Hong Kong people can help them understand international business, law, language, culture, and funding,” said Lee. The Chinese economy is changing with significant technology exporting and Chinese brands require an international team to guide them on this journey.

QFPay has succeeded from starting in Beijing to now the rest of world is because we of Hong Kong’s role as the launchpad. Lee noted that going international requires a lot of funding, which is where Hong Kong’s financial services strength comes through. “In addition to funding, there is the talent, global exposure, legal – all those intangible things which is the key to Hong Kong,” said Lee. “This goes beyond fintech even, Hong Kong is a bridge between East and West. While Chinese startups are great at getting from zero to one, Hong Kong is great at taking you from one to infinity.”

"If we talk about developing fintech in the GBA, China, to Southeast Asia and the whole world – then Hong Kong is a good place."

Born and raised here in Hong Kong, Lee pursued a degree in Information Engineering at The Chinese University of Hong Kong, but it was his exchange year in the US that fired Lee’s imagination. “The Internet brought me to a new world, so I could read the news from the U.S. just with a click. I didn’t know at that time it would change the world, but it interested me.”

He credits that year abroad as a turning point when his thinking started to change. After brief stints in banking and consulting at IBM, the financial crisis in 2008 convinced Lee that he needed a change. He joined the first cohort of Chinese people to purchase an iPhone. 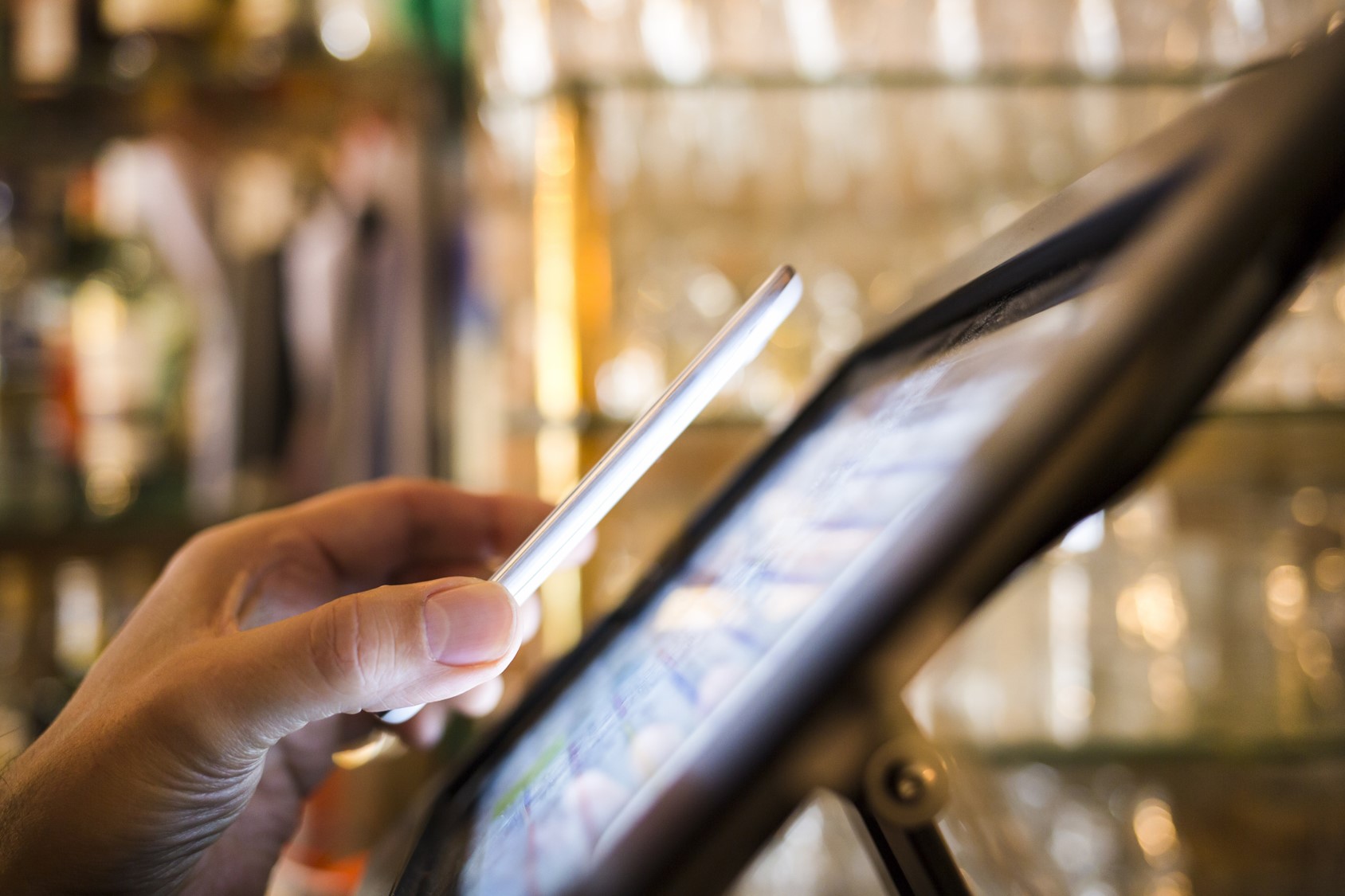 The iPhone started a thought process around the implications of mobile, and he decided to move to Beijing to launch a start-up. He himself in the city’s blossoming digital community and after some successes and setbacks, he learned of the company that could turn iPhones into payment machines via a credit card reader. This prompted a nine-month investigation of whether a similar idea would be viable in China.

“We found that this is something that could really change China or change the world,” he noted. Talking to banks and businesses, Lee identified that 99% of Chinese companies at the time did not accept payment other than cash. In 2011, QFPay was born. Within three years, their innovation had spread all over China.

Built with additional levels of encryption and one-tenth the price of what was available at the time, Lee’s world-first Bluetooth-enabled point-of-sale terminal made mobile payments as simple as a click for both shoppers and shopkeepers.

"While Chinese startups are great at getting from zero to one, Hong Kong is great at taking you from one to infinity.”

“We are trying to remove the friction of doing business. No matter who is paying, or how a customer wants to pay, if you are using QFPay – payment will never be a hurdle again.”

Throughout his journey, it is evident that faith has guided Lee on his path through both challenges and successes: “If you believe what you do is meaningful for you, it is not a choice, it is not a career -- that is faith. What is keeping me here is because I think I am doing the right thing, and because it is the right thing, I will do my best to survive.”